The Farm is a video game that is currently being developed for the PC as a first person horror exploration game. It has puzzle gameplay and a story for players to experience at their own pace through use of non-linear level design. The developers' goals are to immerse players more than even horror genre fans are used to through innovative use of the Oculus Rift's capabilities, giving players a new take on the horror genre.

Addison Stiles and co-producer Parks Settle started The Farm as a senior project at UT Dallas at the beginning of 2013. The idea was initially fairly simple and consisted of Addison creating the environment and Parks creating the audio with very minimal game design. After several months of progress and obsession, the project quickly evolved into an in-depth horror adventure with game mechanics aimed towards testing new ideas and technology, such as the Oculus Rift.

By no means does the game require an Oculus Rift to play nor does the experience need to be compromised if played without one. We highly encourage anyone that is interested in trying out our game to do so when it is released in fall 2014. 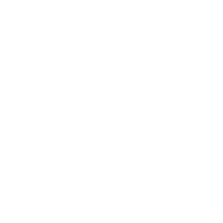